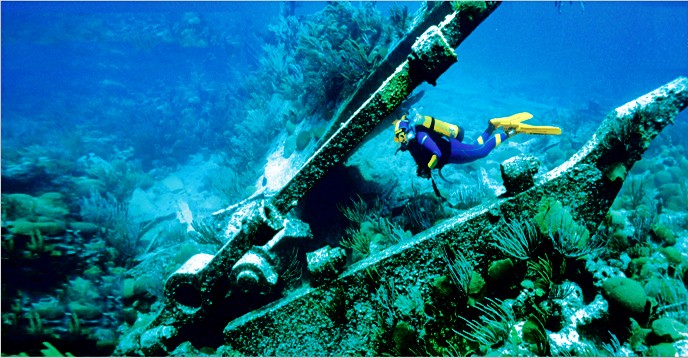 Preserved at the bottom of the sea, countless shipwrecks and historical remains bear invaluable testimony to the history of humanity and its relationship to the ocean. The challenges of protecting and enhancing this heritage will be the focus of discussions at the International Conference on Underwater Cultural Heritage organized by UNESCO and the French Government from 17 to 19 June at the Ateliers des Capucins in Brest (France).

Mobilizing science for the preservation of sites, regulation of marine activities and the challenges of tourism and looking are some of the issues on the agenda of the Conference, which aims to promote international cooperation in the protection of underwater heritage.

During the event, UNESCO Director-General Audrey Azoulay, and France’s Minister for Europe and Foreign Affairs, Jean Yves Le Drian, will launch an appeal for underwater heritage, in the presence of numerous experts from all over the world.

Notable speakers will include: Michel L’Hour, Director of the Department of Marine and Underwater Archaeological Research (France), who is researching the wrecks of the Cordelière and the Regent off Brest; Helena Barba Meinecke of the National Institute of Archaeology and History (Mexico); Dolores Elkin from the National Institute of Anthropology and Thought of Latin America (Argentina); Christophe Delaere, Professor at the Catholic University of Louvain (Belgium), who is working on the Lake Titicaca underwater museum project (see programme).

The International Conference will be followed by the 7th Assembly of States Parties to the 2001 Convention on the Protection of the Underwater Cultural Heritage on 20 and 21 June at UNESCO’s Headquarters in Paris. It will bring together all the major actors involved in the implementation of the Convention who will notably examine examples of best practice in underwater cultural heritage conservation.

The 2001 Convention on the Protection of the Underwater Cultural Heritage was adopted in 2001 and ratified by 61 States Parties to date. It aims to help States improve the protection of underwater heritage. The Conference is part of the United Nations Decade of Ocean Sciences for Sustainable Development (2021-2030), which is mobilizing global actors for the preservation of the ocean, its resources and remains.