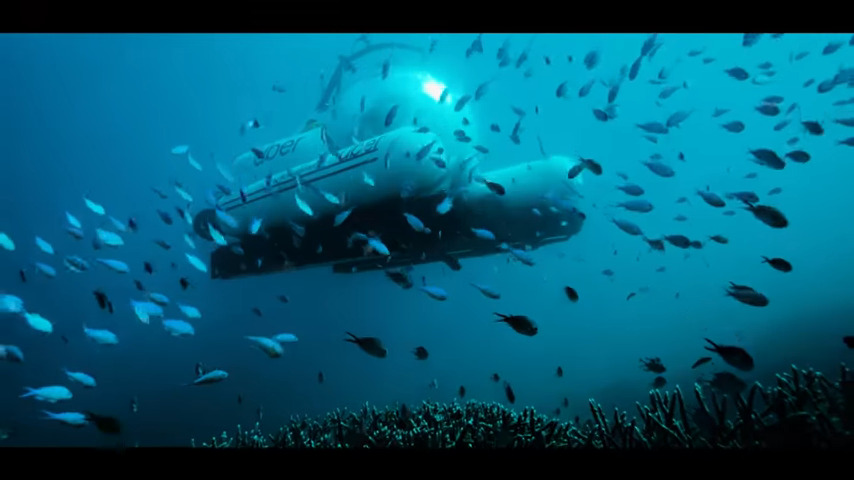 It’s the ultimate rideshare: Uber will dip a toe in the water when it launches its first submarine rides, on the Great Barrier Reef next week.The world’s first scUber ride departs Heron Island on May 27 and will cost $1500 per person.

Passengers will dive to a maximum of 30 metres – about the same levels reached by advanced scuba divers – with 180-degree views of Australia’s most recognisable World Heritage Site in a battery-powered submarine.

The one-hour submarine ride will operate on set dates from Heron Island between May 27 and June 3, before moving north to Agincourt Reef, off the coast of Port Douglas, from June 9-18. There will be 12 trips only, with bookings available on the Uber app at 7.30am on the day of each departure.

It’s a journey of both highs and lows: the fare also includes a pick-up – by helicopter – from Gladstone for the Heron Island departures, and chopper transfers from Cairns, Port Douglas and Palm Cove to the submarine’s northern departure point on the Quicksilver Cruises pontoon, on the outer edge of the reef.

For every passenger fare, Uber will donate the same amount to reef conservation group Citizens of the Great Barrier Reef.

Uber says its sub, which seats just two passengers and a pilot, “will have no negative impact on the reef”.

The scUber will stay within the sections of the reef designated for tourism operations, remaining on clear seaways that avoid coral. Operated by qualified pilots in conjunction with Tourism Queensland, scUber says its aim is to protect and showcase the reef.

The ride-sharing app is no stranger to non-conventional modes of transport – the company, which has operations in 63 countries, has dabbled in helicopters in Dubai, rickshaws in India and luxury motor boat down Istanbul’s Bosphorus Strait.