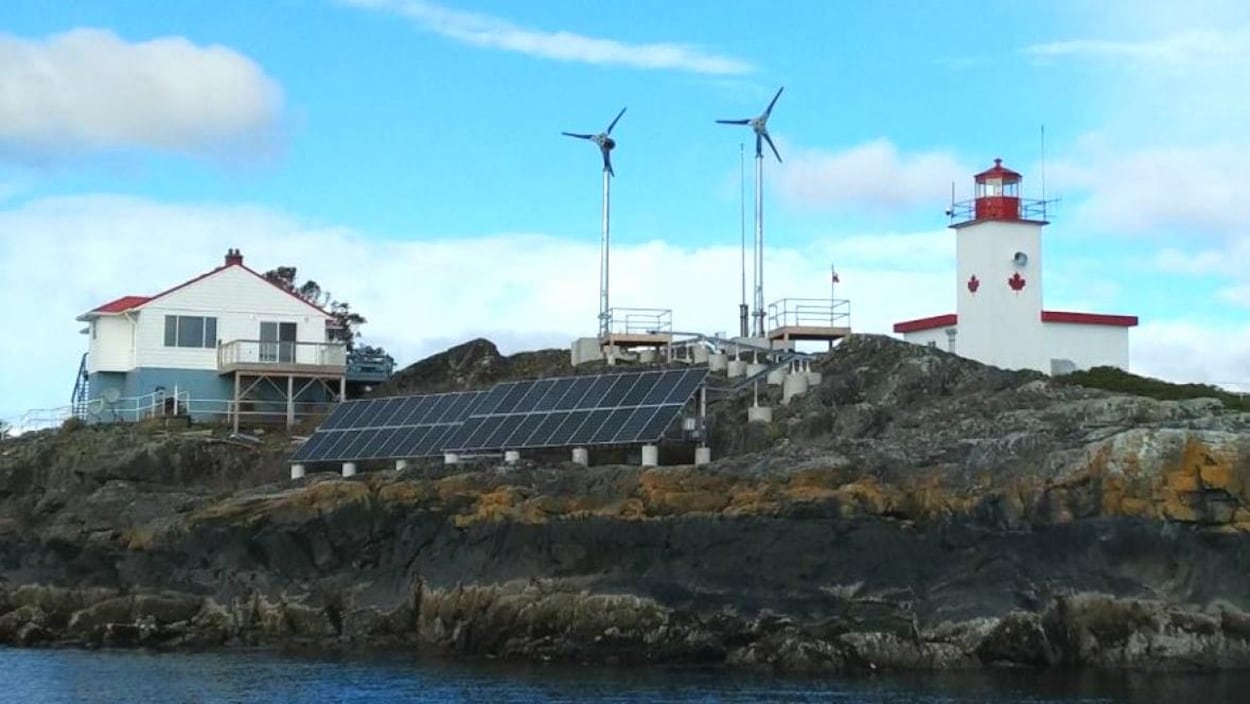 10 of B.C.’s 27 remote light stations are moving away from diesel to environmentally friendly power

Some of B.C.’s iconic red and white lighthouses are going green through the use of renewable energy sources.

Traditionally, the remote lighthouses have relied on diesel generators that run 24 hours a day to provide electricity for the light tower and lightkeeper houses.

But now, 10 of B.C.’s 27 staffed lighthouses are scheduled to receive upgrades to solar and wind power sources in the next few years.

« This station’s been here since 1874, so it’s been for many years running on a diesel generator, » said Karen Zacharuk, the principal keeper at the Cape Beale Lighthouse near Bamfield on Vancouver Island’s west coast, where construction work is just starting.

« It’s nice to finally get some renewable energy. »

The goal is to have the light stations run almost entirely off wind turbines, solar panels and battery banks, said Shaun Loader, a senior project engineer with Fisheries and Oceans Canada.

Use of the diesel generators has been reduced dramatically at sites where the systems are up and running, such as the Merry Island Lighthouse on the Sunshine Coast, he said.

The generators will stay in place to be used for any power shortfalls or emergencies.

« It really depends on the weather, but we have hopefully installed a robust system, » Loader said, adding that engineers are up against more challenging conditions due to the location of the lighthouses.

« Our light stations are in those locations for a reason … they are very exposed to the elements, » Loader said.

‘Hearing the diesel generators switch off’

Not only is the shift to wind and solar power easier on the environment, it also reduces the need for costly and difficult fuel deliveries to the lighthouses.

The cost of installing the renewable energy sources will pay for itself in about four years, Loader said.

It will also improve the quality of life for lighthouse keepers who have to live next to the diesel generators.

« You can imagine having diesel generators running in the background 24 hours a day on a light station which has beautiful scenery, » Loader said.

« Now they are hearing the diesel generators shut off. »

Ideally, all light stations will move to renewable energy, but the remaining sites are more difficult to access or don’t have much room to install solar panels or wind turbines, Loader said.