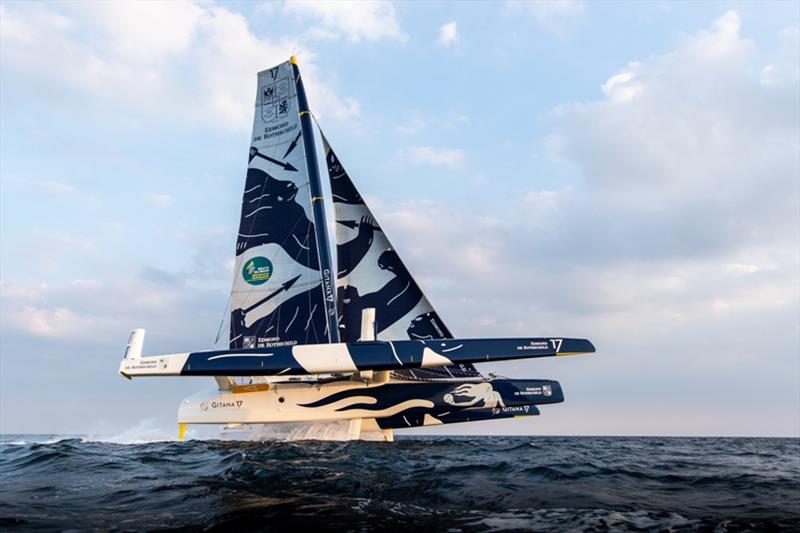 Within the Gitana racing stable, the winter refit is on the final straight. In fact, in a little less than a month, the Maxi Edmond de Rothschild will leave her shed in Lorient and head over to the pontoons that make up the Base. Once there, she will be equipped with a brand new starboard bow and, most significantly, we’ll get the chance to discover her new skipper.

Following the end of its collaboration with Sébastien Josse, which began some eight years ago, 2019 will see the five-arrow team opening a whole new chapter of a saga that spans more than a hundred years.

Since the origins of Gitana, and all the more so with the creation of Gitana Team in 2000 by Baron Benjamin de Rothschild and his wife Ariane, the passing on of knowledge has been of primary importance in the family’s commitment to sailing. With programmes heavily focused on singlehanded sailing over the past few years, punctuated by the Vendée Globe and more recently the Route du Rhum, team sailing had been put to one side, now the owners of the five-arrow racing stable intend to put it centre stage once more.

Combination is the solution

To make this happen, which they believe to be essential to success of the project, the team owners have opted for an innovative organisation in terms of the French offshore racing landscape. As such, it is not one new skipper who has been designated to take the helm of the Maxi Edmond de Rothschild, rather it is a pair of experienced sailors who will share the sports programme lined up for the Maxi Edmond de Rothschild.

Franck Cammas and Charles Caudrelier have been chosen to pull off what is an ambitious challenge from a sporting and technological aspect. Particularly considering that this latest addition to the Gitana fleet remains a pioneer in offshore flight.

They will work together with the members of Gitana Team, each of them with their share of the singlehanded highlights, but with the focus on numerous crewed races. These latest additions to the Ultim 32/23 class programme and notably the round the world race setting sail from the Mediterranean in 2021, now offer teams the prospect of creating a dynamic network akin to that put forward by the ORMA circuit nearly twenty years ago. This will enable emerging talent to be identified and trained, which is something Ariane and Benjamin de Rothschild feel strongly about.