Aquariums all over the world will organise permanent activities in their facilities and will be invited to change their procurement policies, for example in canteens and shops, to eliminate all single use plastic items.

Huge quantities of plastic waste are polluting our seas and coastlines and threatening most marine species. While beach clean ups are important and necessary actions, it is urgent to change our production and consumption habits, as well as our behaviour, in order to avoid plastic entering the environment in the first place.

To accelerate the shift towards a circular economy, and raise awareness about the danger of relying on plastic for everyday needs, the Intergovernmental Oceanographic Commission (IOC) of UNESCO is joining forces with the European Commission, the United Nations Environment Programme and other international partners to launch a coalition of aquariums to fight plastic pollution. 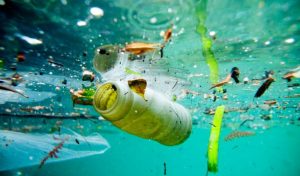 By 2019 the coalition aims to have at least 200 aquariums on board raising public awareness about plastic pollution. The institutions involved in the initiative will engage with potential partners, such as sponsors and NGOs, to promote best practices in the use of plastic on a local, regional national and global scale.

So far, 106 aquariums from 33 countries, including 67 based in the European Union (see detailed list here), have already pledged support to the new coalition « World aquariums #ReadyToChange to #BeatPlasticPollution ».

For the IOC of UNESCO, the new aquarium coalition builds on a long-standing collaboration with France-based NAUSICÀA Centre de la Mer, and other aquariums from around the world – via the World Ocean Network –, to promote an increased awareness on the importance of the ocean for our future. The IOC will support the European Commission and UN Environment as they coordinate the activities of the new coalition.

Other key partners include the Oceanographic Museum of Monaco, the European Union of Aquarium Curators, the World Association of Zoos & Aquariums, and the U.S. Aquarium Conservation Partnership.

The call for global cooperation is one of the official commitments to be announced at the 5th edition of the « Our Ocean » international conference on 29-30 October in Bali. Starting in 2014, Our Ocean conferences have attracted high-level participants from more than 100 countries, including Heads of State or Government and ministers, companies, NGOs and philanthropic organisations.

At the 2017 edition of Our Ocean hosted by the European Union, UNESCO’s IOC made three major commitments: to develop a global framework for coordinating science toward the achievement of the Sustainable Development Goals through the United Nations Decade of Ocean Science for Sustainable Development (2021-2030); to work with Sweden to develop an ocean school programme to foster ocean literacy; and to work with the European Commission to launch a global roadmap for Marine Spatial planning.

In total, Our Ocean conferences have made over 1.100 concrete, measurable and tracked commitments. The level of ambition is unprecedented: 433 tangible and measurable commitments, EUR 7.2 billion in financial pledges and 2.5 million square kilometres of additional Marine Protected Areas. Norway will follow Indonesia as host country for Our Ocean 2019.