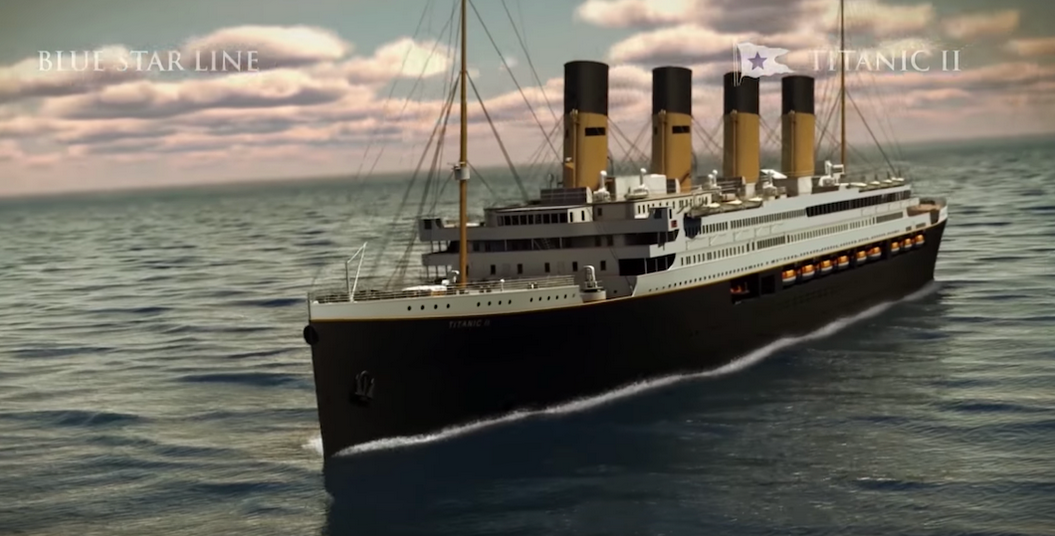 Recent reports surfaced that a second Titanic ship could set sail as early as 2022. A team of Australian builders want to bring the replica to the seas, but the project isn’t without its share of controversy.

In 1912, the RMS Titanic set sail as the prize of the sea. At the time, it was one of the most expensive ships ever created and one of the largest. It collided with an iceberg on its maiden voyage. Of the over 2,200 people on the ship, only 700 lived to tell their stories. Roughly 1,500 people died — both passengers and crew — and most of the lifeboats were ill-equipped to save the passengers. It has since been seen as one of the most famous engineering accidents in history.

The original ship has been the focus of treasure hunters and historians for over a century. The sinking of the RMS Titanic was ingrained in public consciousness (and pop culture) forever in 1997 with James Cameron’s Titanic film staring Leonardo DiCaprio and Kate Winslet.

It seems even the tragedy of the original ship isn’t enough to stop builders around the world from replicating the Titanic. 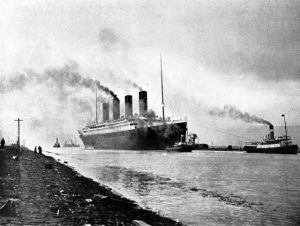 Details of the Titanic II

The project is being overseen by Blue Star Line chairman Clive Palmer who hasn’t shied away from addressing concerns despite controversy.

Moving the headquarters to Paris came in light of tension between the UK and the European Union.

“It is of little use having a European headquarters outside Europe,’’ Palmer said. “The decision will mean we won’t open our European office until March 2019, with Paris being ideally placed to suit the company’s needs.”

Titanic II will also have enough life jackets and lifeboats to support everyone on the ship. It will also have a welded hull, not a riveted one. Everything else, however, will be incredibly similar to the original ship’s documentation — simply updated.

“The ship will follow the original journey, carrying passengers from Southampton to New York, but she will also circumnavigate the globe, inspiring and enchanting people while attracting unrivaled attention, intrigue and mystery in every port she visits,” said Palmer in a statement.

“Titanic ll will offer exclusive rights for global partners to leverage the Titanic ll brand for use in their licensing, advertising and marketing campaigns. Blue Star Line will deliver unparalleled global reach for our partners’ brands and products, penetrating a diverse range of markets across the world.”

This isn’t the only Titanic sequel in the works. In 2016, a firm in China said it was building one several hundred miles inland at $145 million (1 billion yuan). However, that ship was never intended to set sail. The idea was to have it be permanently docked inland on the reservoir of the Qijang River as a tourist spot.

As Palmer pointed out in a recent statement, the mystery of the ship is why builders haven’t stopped attempting to recreate the magnificent ship.

“In 1912 the Titanic was the ship of dreams. For over a century Titanic’s legend has been powered by mystery, intrigue and respect for all she stood for. Millions have dreamt of sailing on her, seeing her in port and experiencing her unique majesty. Titanic ll will be the ship where those dreams come true,’’ Palmer said.”

How the Internet Reacted to Titanic II

From recreating scenes from the iconic Titanic film to sassy predictions of the Titanic 2’s future, people online held nothing back from voicing their opinions about the Titanic 2 project.

I would rather fly Spirit https://t.co/1RH38Nmjh0

Some commented that the Titanic II will be much safer than the first ship, as global warming melted any threatening icebergs:

#Titanic II is safe as there’s hardly any iceberg left in the Northern Atlantic. 😂 pic.twitter.com/CRmWvu5m01

And, of course, it was impossible not to make connections back to the 1997 film:

I low-key want to buy tickets for the Titanic II just on the off chance I meet a handsome painter and a handsome billionaire who will fight for my hand in marriage. pic.twitter.com/Cd4vfJuquk

The world will just have to keep an eye on the production of this ship, as delays and funding issues could prove to be “icebergs” for the project itself.