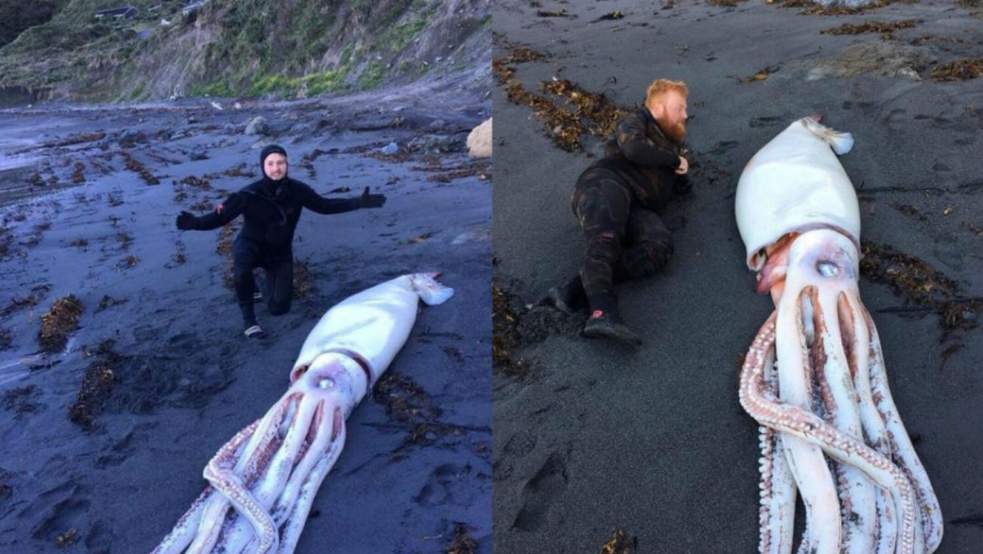 Lots of weird things wash up on beaches. Sea potatoes. A very old message in a bottle. Unidentifiable sea creatures. 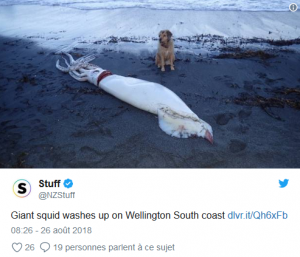 But by golly, this is one huge squid.

The 4.5 metre (14 foot, 9 inch) long cephalopod washed up on the south coast of Wellington, New Zealand on Sunday morning, its size easily eclipsing the mere mortals that dare to lie beside it.

Brothers Daniel, Jack, and Matthew Aplin told Newstalk ZB that they were looking for a place to dive when they spotted the creature.

“My brother said ‘what’s that over there?’ and pointed it out,” Daniel told the radio station. “It was right next to the track so we pulled over and we were like: ‘It’s a big squid’.”

A Department of Conservation spokesperson said while appearances are not common, they do appear from time to time. Just delightful. 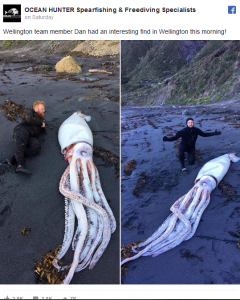