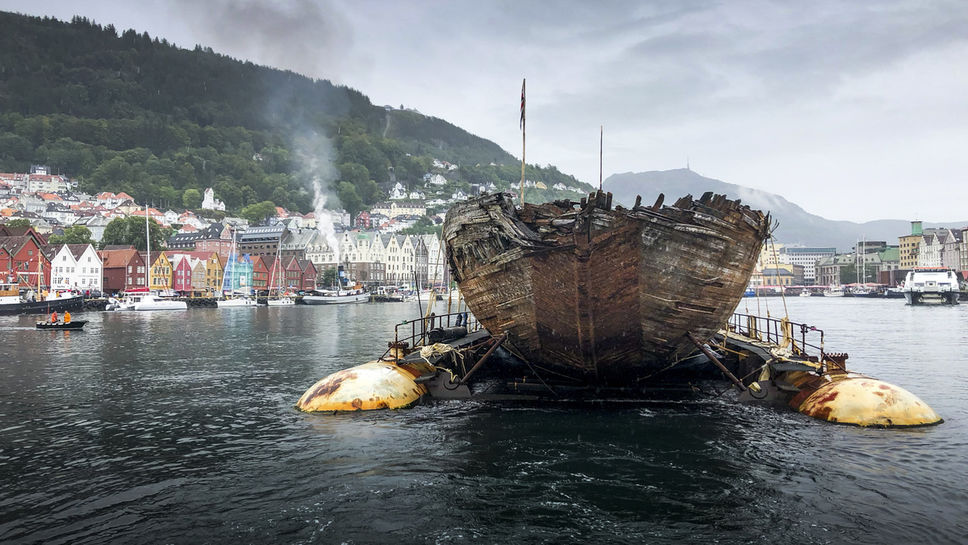 A precious relic of Norwegian polar expeditions, the Maud was recovered in 2016 after spending 85 years in Canadian Arctic waters where it sank in 1930.

The shipwreck was towed across the North Atlantic on a barge after it left Greenland at the end of June and arrived at the port of Bergen in western Norway on Monday morning.

« The trip was long, but it went well, » Jan Wanggaard, manager of the effort to bring the Maud back to Norway, told AFP.

Thanks to funding by three Norwegian brothers and entrepreneurs, the ship will be exhibited in the southeastern municipality of Asker, near Oslo, where it was launched in 1917.

The first person to reach the South Pole, Amundsen wanted to use the Maud to study the Arctic Ocean by letting her get caught on the ice and drift around the North Pole.

« We want to tell the story of this expedition to the Norwegian people, » Wanggaard added.

In 1906, Amundsen became the first European to sail through the Northwest Passage searching for a shorter shipping route from Europe to Asia, something explorers had been trying to find for centuries.

Amundsen sailed through the Northeast Passage with the Maud in 1918-20 and although the journey brought back rich scientific results, he was unable to get far enough north to launch a North Pole expedition.

The ship, named after Norway’s Queen Maud, was sold to the Hudson’s Bay Company in 1925 and rechristened the Baymaud after Amundsen filed for bankruptcy.

It ended its days as a floating warehouse and the region’s first radio station before sinking at its moorings in 1930 near Cambridge Bay, in the Canadian territory of Nunavut.

Cambridge Bay residents fought its removal but the Canadian Cultural Property Export Review Board granted an export permit for the ship in 2012.