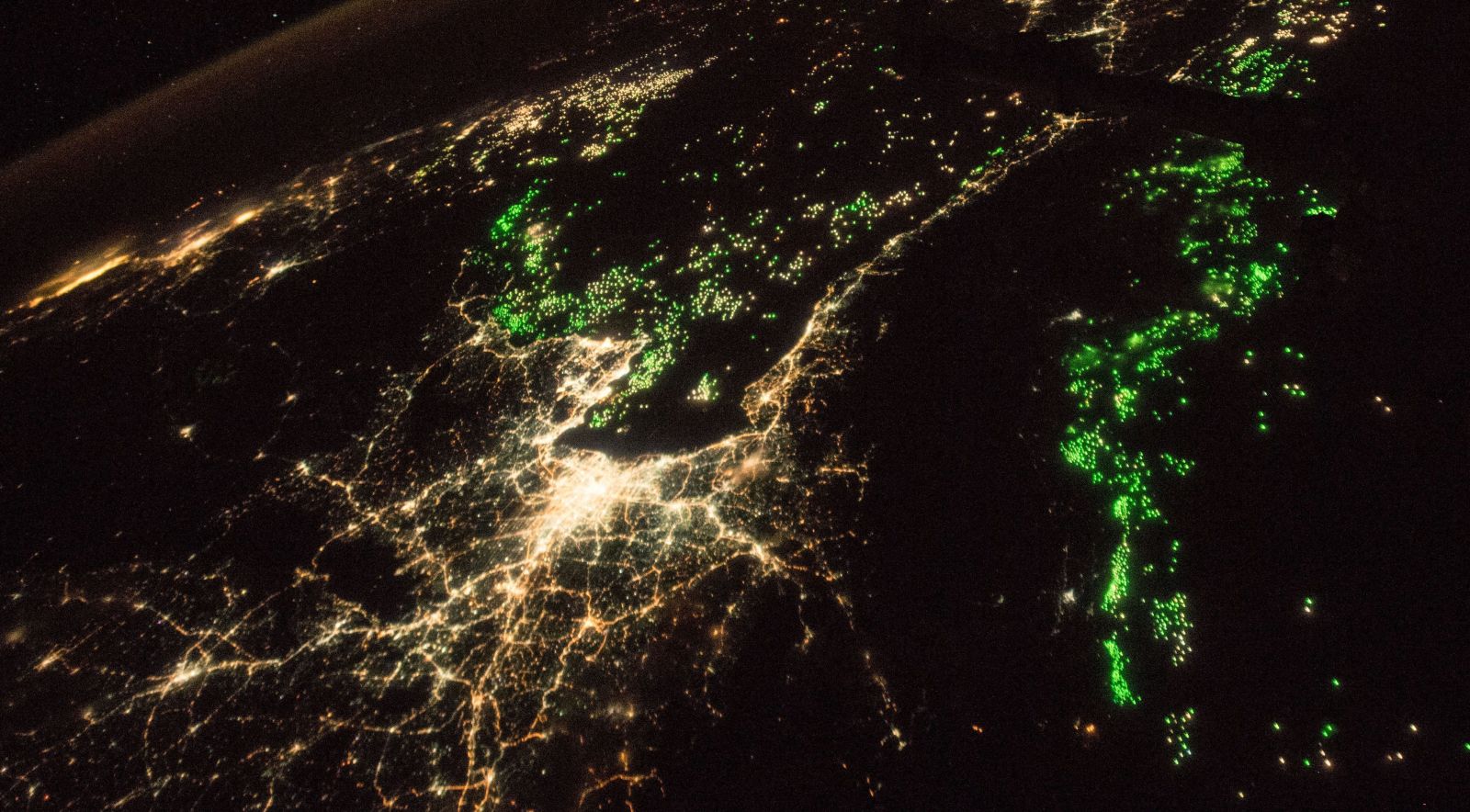 A picture taken from the International Space Station in December shows a small but stunning sliver of the commercial fishing industry.

The photo, shared by the NASA Earth Observatory, shows portions of Thailand and its surrounding bodies of water at night, as seen from the north looking south. The yellow portions are the lights of cities around Thailand and Cambodia (the brightest concentration is the greater Bangkok area) while the glowing green lights in the Andaman Sea on the right and the Gulf of Thailand to the left belong to myriad fishing boats. Boats use the green lights to attract fish, which are then used to bait squid.

While the glow is slightly exaggerated due to the long exposure (according to the image’s metadata, it was shot at 1/5 of a second, which is why the details are not entirely sharp) seeing clusters of boats glowing at a similar intensity to cities on land lends some perspective to the massive industry behind the food we eat.