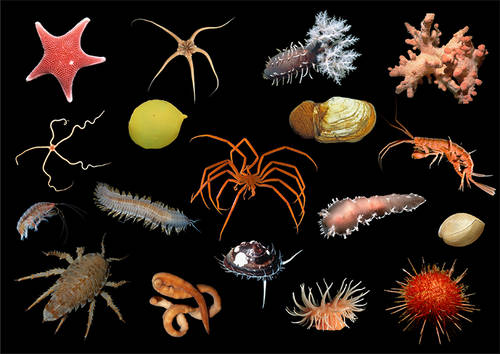 A study of the marine invertebrates living in the seas around Antarctica reveals there will be more ‘losers’ than ‘winners’ over the next century as the Antarctic seafloor warms. The results are published in the journal Nature Climate Change.

A team at British Antarctic Survey (BAS) examined the potential impact of computer-produced warming scenarios on over 960 species of seafloor marine invertebrates with known habitats south of 40°S. Southern Ocean seafloor water temperatures are projected to warm by an average of 0.4°C over this century with some areas possibly increasing by as much as 2°C.

The team found that warming temperatures alone are unlikely to result in the wholesale extinction of the Antarctic seafloor life, or even mass invasion by foreign species. In fact, within the 21st century, some species will actually benefit from higher temperatures. But the good news stops here.

The overall picture is much less rosy. 79% of Antarctica’s unique species will face a significant reduction in suitable temperature habitat. These species will have on average 12% less area where conditions allow them to survive and breed.

The scientific findings highlight the species and regions most likely to respond significantly (negatively and positively) to warming, and therefore have important implications for future management of the region’s ecosystems.

To produce the warming climate scenarios, scientists relied on 19 climate models of mean seafloor temperatures for 2099, developed under the auspices of the United Nation’s Intergovernmental Panel on Climate Change (IPCC). The most extreme of all the climate scenarios accounted for a continued rise in greenhouse gas emissions throughout the 21st century.