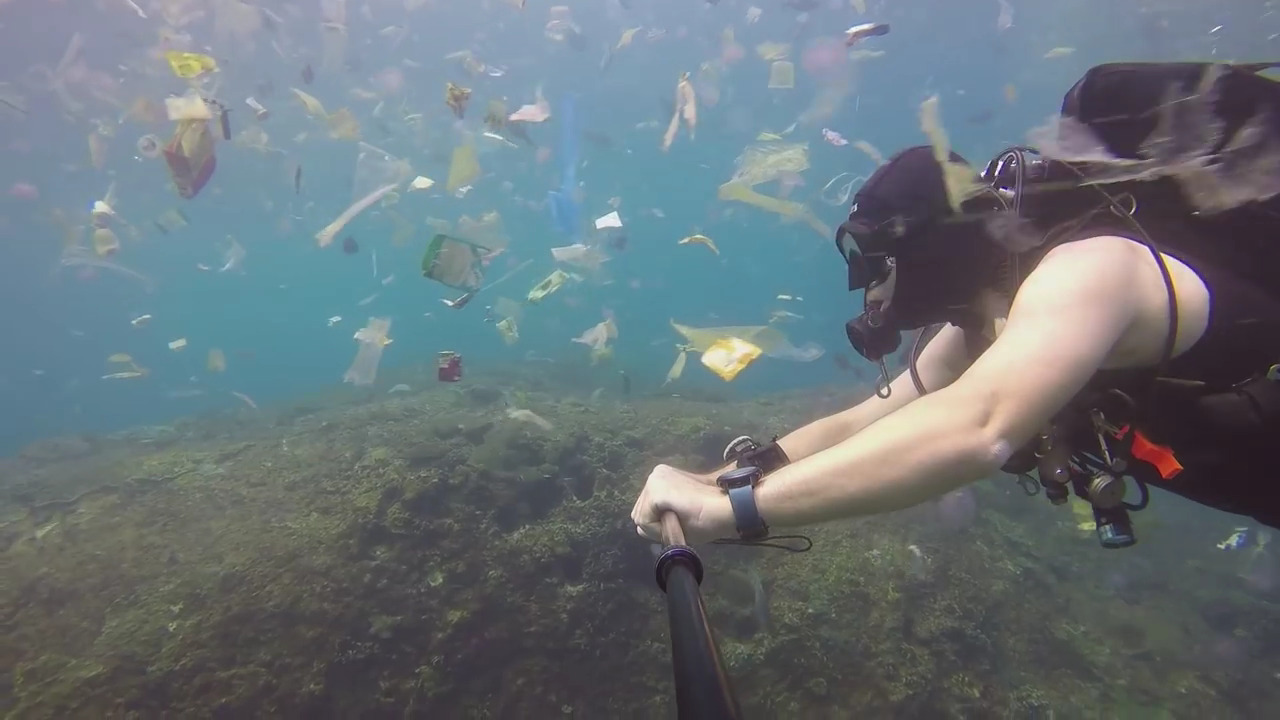 It’s no secret that our oceans have a problem with pollution from plastic waste, with currents spreading it far and wide.

You can see it first hand in a video shot by diver Rich Horner, who swam off Manta Point in Nusa Penida, Indonesia on Saturday, surrounded by plastic trash.

« The ocean currents brought us in a lovely gift of a slick of jellyfish, plankton, leaves, branches, fronds, sticks, etc…. Oh, and some plastic, » he wrote on Facebook. « Some plastic bags, plastic bottles, plastic cups … plastic, plastic, so much plastic! »

Horner reported the next day that the plastic rubbish had disappeared, carried away by the currents and set to broken down into damaging microplastics.

Plastic pollution has been an increasing problem for Indonesia. The country is the second-largest marine polluter after China, prompting Indonesia’s government to commit US$1 billion a year to reduce its marine waste 70 percent by 2025.

The problem is particularly pressing around Bali, where the effects on its tourism industry, sea life, and health are an ever-present threat.