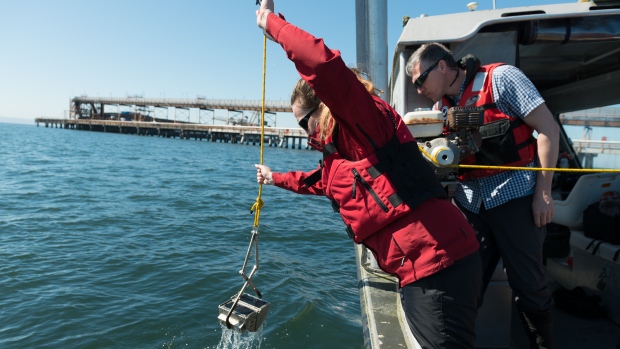 Victoria’s picturesque Inner Harbour graces postcards sold in every tourist shop, but there’s nothing pretty about the results of a new study that ranked it the most polluted ocean waterway along the B.C. coast.

The Pollution Tracker study, partly funded by Fisheries and Oceans Canada, took sediment samples at four locations along the Victoria harbour over a three-year period, as well as at 50 other locations. 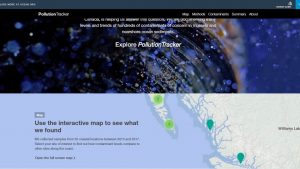 Peter Ross, executive director of the Coastal Ocean Research Institute, said he was surprised that the high contaminant levels in Victoria’s waters were not a single type of contaminant, such as PCBs or mercury or hydrocarbons.

“It was basically everything,” Ross told On the Island host Gregor Craigie..

High concentrations of more than a dozen chemicals were found in the Victoria harbour, including lead, mercury and PCBs. The highest levels were found near the Point Ellice Bridge, more commonly known as the Bay Street bridge.

“This to me underscores a very important finding or message, and that is that Victoria harbour is a vulnerable receiving environment,” Ross said. “It’s shallow, it has limited currents, and very low sedimentation rates.”

Ross said the level of contamination should not affect recreational use of the harbour, though “one would have to raise an eyebrow” over whether anything caught or harvested from the harbour is safe to eat, he said.

“That is a matter for Health Canada and other authorities to investigate,” Ross said.

The study was designed to determine the relative state of pollution in coastal B.C., but not specific risks to human health.

Much of the pollution appeared to be from historical sources in the harbour, which has a history of heavy industrial activity.

However, the research findings also underlined the impact of modern-day activity in the Victoria area.

Ross urged residents “to recognize that anything we do at home, on the street, in our driveway, anywhere along the shoreline, right up to the top of the mountains …has a greater potential to impact the ocean than for many other communities in British Columbia.”

Ross said the Pollution Tracker study for the first time in British Columbia history provides the ability to compare ocean conditions up and down the coast.

“There has never been a comprehensive monitoring program in British Columbia or, for that matter, elsewhere in Canada.”