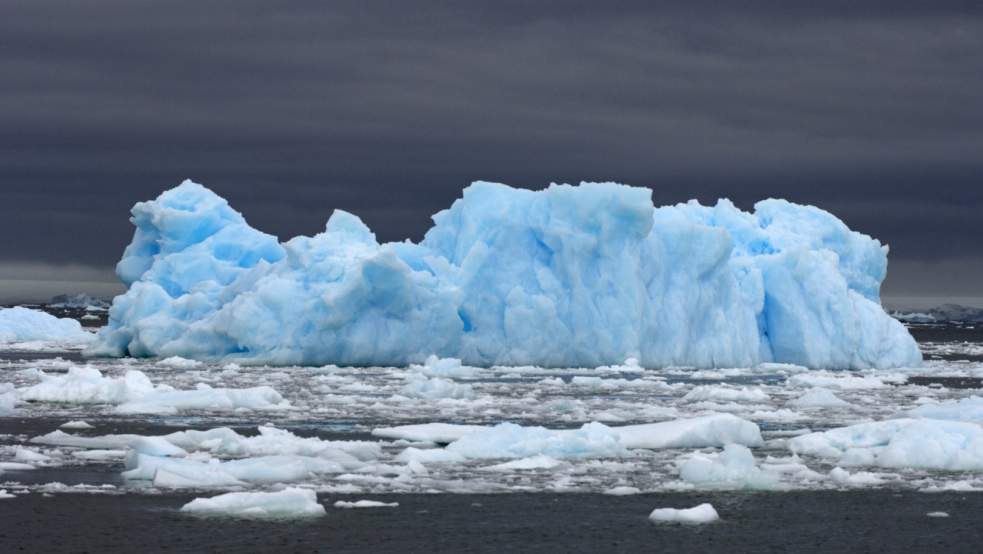 Antarctica wasn’t always a land of ice. Millions of years ago, when the continent was still part of a huge Southern Hemisphere landmass called Gondwana, trees flourished near the South Pole.

Now, newfound, intricate fossils of some of these trees are revealing how the plants thrived — and what forests might look like as they march northward in today’s warming world.

“Antarctica preserves an ecologic history of polar biomes that ranges for about 400 million years, which is basically the entirety of plant evolution,” said Erik Gulbranson, a paleoecologist at the University of Wisconsin-Milwaukee.

It’s hard to look at Antarctica’s frigid landscape today and imagine lush forests. To find their fossil specimens, Gulbranson and his colleagues have to disembark from planes landed on snowfields, then traverse glaciers and brave bone-chilling winds. But from about 400 million to 14 million years ago, the southern continent was a very different, and much greener place. The climate was warmer, though the plants that survived at the low southern latitudes had to cope with winters of 24-hour-per-day darkness and summers during which the sun never set, just as today.

Gulbranson and his team are focused on an era centered around 252 million years ago, during the Permian-Triassic mass extinction. During this event, as many of 95 percent of Earth’s species died out. The extinction was probably driven by massive greenhouse gas emissions from volcanoes, which raised the planet’s temperatures to extreme levels and caused the oceans to acidify, scientists have found. There are obvious parallels to contemporary climate change, Gulbranson said, which is less extreme but similarly driven by greenhouse gases.

Prior to the end-Permian mass extinction, the southern polar forests were dominated by one type of tree, those in the Glossopteris genus, Gulbranson told Live Science. These were behemoths that grew from 65 to 131 feet (20 to 40 meters) tall, with broad, flat leaves longer than a person’s forearm, Gulbranson said. Before the Permian extinction, Glossopteris dominated the landscape below the 35th parallel south to the South Pole. (The 35th parallel south is a circle of latitude that crosses through two landmasses: the southern tip of South American and the southern tip of Australia.)

Last year, while fossil-hunting in Antarctica, Gulbranson and his team found the oldest polar forest on record from the southern polar region. They haven’t dated that forest precisely yet, but it probably flourished about 280 million years ago before being rapidly buried in volcanic ash, which preserved it down to the cellular level, the researchers said.

On Thanksgiving Day, Gulbranson will return to Antarctica for more excavations at two sites. Those sites contain fossils from a period spanning from before to after the Permian extinction. After the extinction, Gulbranson said, the forests didn’t disappear, but they changed. Glossopteris was out, but a new mix of evergreen and deciduous trees, including relatives of today’s gingkoes, moved in.

“What we’re trying to research is what exactly caused those transitions to occur, and that’s what we don’t know very well,” Gulbranson said.

The plants are so well-preserved in rock that some of the amino acid building blocks that made up the trees’ proteins can still be extracted, said Gulbranson, who specializes in geochemistry techniques. Studying these chemical building blocks may help clarify how the trees handled the southern latitudes’ weird sunlight conditions, as well as the factors that allowed those plants to thrive but drove Glossopteris to its death, he said.

This season, the field team will have access to helicopters, which can land closer to the rugged outcrops in the Transantarctic Mountains where the fossil forests are found. The team (members hail from the United States, Germany, Argentina, Italy and France) will camp out for months at a time, hitching helicopter rides to the outcrops as the fickle Antarctic weather allows. The 24-hour sun allows for long days, even middle-of-the-night expeditions that combine mountaineering with fieldwork, Gulbranson said.

“It’s definitely a treat as a geologist,” he said.