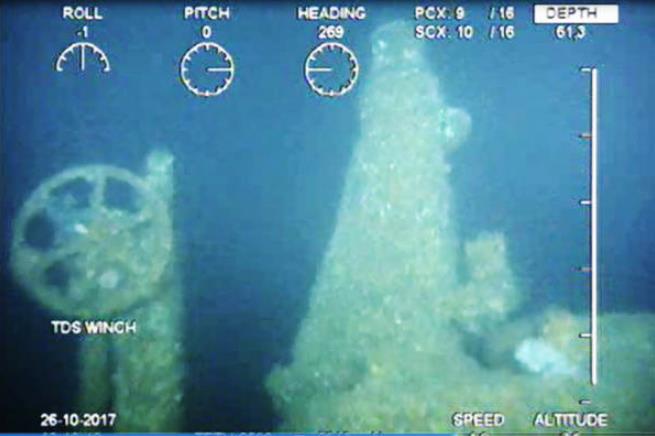 A Royal Netherlands Navy minehunter has discovered the wreck of the German Imperial Navy mine-laying submarine UC-69, 8.5 miles off the coast of Barfleur, northern France.

Tripartite-class minehunter HNLMS Makkum made the discovery in late October but the wreck was identified in November.

The U-96 accidentally rammed UC-69 which was mining waterways to and from the French port city of Cherbourg. UC-69 sank within 10 minutes of the collision, taking 11 of its crew to the depths. The submarine’s commander Hugo Thielmann and 18 other crew members survived the sinking by transferring to the U-96.

HNLMS Makkum made the discovery by accident while it was taking part in a NATO historic ordnance clearance exercise off the Normandy coast between October 20 and November 7.

While the discovery is incidental, the Dutch remain on the lookout for their own submarine HNLMS O 13 which has been missing since World War II. The submarine disappeared in the North Sea in June 1940.