Robotic speedboats now ply the waters of a large lake in China, which has seen multiple deaths from drowning over the years.

The autonomous watercraft is equipped with GPS, cameras, and acoustic and infrared sensors.

It’s aiding lifeguards at the Tian’e Lake in Hefei, eastern China, which receives tens of thousands of people each day during peak periods, according to park officials.

The boat is designed to detect « moving targets » in a lake that has seen 15 people drown in 2016, according to state-run China Daily. 66 people drowned in total since the park along the lake was first inaugurated in 2004. 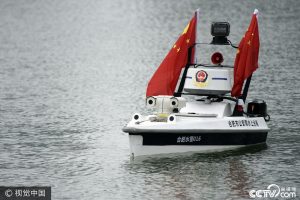 It’s part of a system of around 20 optical and infrared sensors built along the shore and a radio transmitter, which divides the 172-acre (70 hectare) lake into safe and dangerous sectors.

The boat will alert swimmers who stray into danger zones to stay away, and transmit the swimmer’s location to the lake’s management. Swimmers who can grab hold of the boat could be brought to safety. 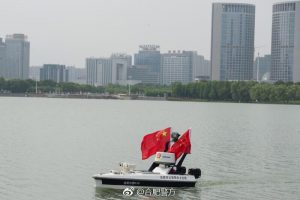 « If someone struggles in the lake, the patrol boat can use sonar and other underwater detectors to track the location of the swimmer and call for help, » Wang Xu, a branch director of Hefei police, told Hefei Evening News.

Aside from the boat, lifeguards in Tian’e Lake are also equipped with three drones, which can send life preservers, food and medical supplies to people in distress. 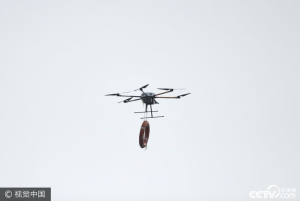 No one has drowned since the boat’s trial first kicked off in November last year, according to Zhang Bao, deputy general manager at Anhui CAS-Huacheng Intelligent Technology, a company which helped develop the autonomous boat.

The boat is expected to ease the burden of some 33 lifeguards stationed at the lake, say local papers.

The autonomous lifeguard is the latest development in self-driving watercraft that has come out of China.

The country is currently building a testbed for autonomous boats in the Pearl River Delta, and has developed unmanned military patrol boats and armoured personnel carriers. But so far, these developments have been made for the military.

Outside of China, the UK Royal Navy is also testing autonomous patrol boats.

And in Ireland, officials are deploying autonomous drones for search-and-rescue operations along its Atlantic coast, while autonomous lifebuoys are being used to help rescue refugees in the Mediterranean.

« In the future, most of the lifeguards will be replaced by the robot, » said Zhang. « The boat…can be used to patrol rivers, reservoirs, lakes and seas — not only for security purposes but also for environmental surveillance and data collection. »