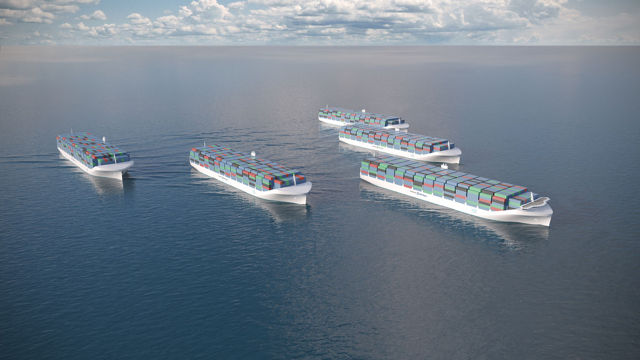 When it comes to vehicles that can drive themselves, we’re looking at cars, taxis, buses, trains, trams, and so on, or at least for the most part where input from the driver is usually minimal. Planes too for the most part can fly themselves thanks to autopilot, so it makes sense that perhaps ships could be next.

Over in Japan, the country’s shipping companies are looking to work with shipbuilders to help develop self-navigating technology where cargo ships will be able to navigate the seas by themselves, or with a small crew. The aim is to get these into service by 2025, where the use of the technology will help ships figure out the safest, shortest, and most fuel-efficient routes which in turn should help to keep costs down and profit margins higher.

In addition to plotting the best and most efficient routes, the use of the technology will also help to predict things that could crop up at sea, like malfunctions, which in turn is expected to reduce the number of incidents. The companies are aiming to build as many as 250 of these ships, with shipping firms and shipbuilders to share the costs of developing such vessels that is expected to cost hundreds of millions of dollars.

Japan won’t be the first to announce plans for self-navigating ships. Back in 2016, Rolls-Royce also announced similar plans to launch unmanned cargo ships starting with a remote-controlled vessel that could be operational as soon as 2020.