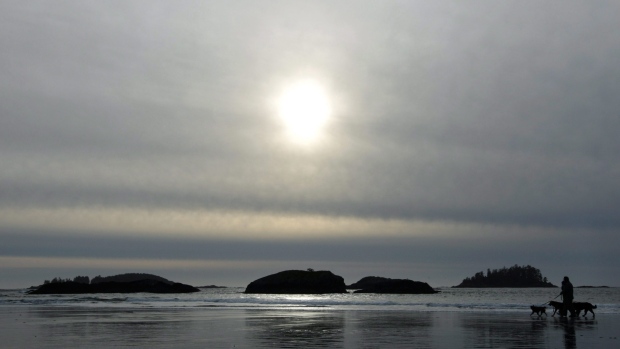 The results of a study along the west coast of North America shows acidified ocean water is widespread along the shoreline and is having devastating impacts on coastal species.

The three-year study of ocean currents was conducted along the California and Oregon coasts by researchers from Oregon State University.

Team member and marine ecologist Francis Chan said they found pH levels were among the lowest ever recorded in surface water in some spots (note: the lower the pH, the higher the acidity).

He said the results are concerning because it showed ocean acidification is no longer confined to deep water, but “had made landfall and is lapping up right on the shores.”

Chan says part of the reason why ocean acidification happens is because the oceans have absorbed so much carbon dioxide from the atmosphere.

Global carbon dioxide levels have risen since the Industrial Revolution and reached a high point of 400 parts per million in our atmosphere last year — long considered a benchmark of irreversible damage.

“We’ve emitted so much carbon dioxide that enough of it is being absorbed in the ocean and is changing the very chemistry of the sea water,” he said.

Chan says ocean currents along the west coast are more vulnerable to change because they’re naturally more acidic (and have a higher baseline for carbon dioxide levels) than other bodies of water.

“Whatever carbon dioxide the ocean absorbs, it’s more likely to push us past the tipping point,” he said.

Chan says ocean acidification could have devastating impacts on local coastal wildlife ike shellfish, which are sensitive to changes in pH levels. 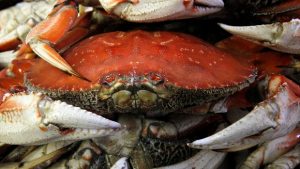 “The oyster industry is who really sounded the alarm,” he said.

“About 10 years ago, they stopped being able to successfully grow the seed oysters they need for their industry. It turns out the water had absorbed so much carbon dioxide.

“Every month we’re finding more species that are known to be sensitive to the carbon dioxide levels. We just recently added Dungeness crab to the list of things that are sensitive. We had reports just last week that Coho salmon behaviour might be affected.”

Chan says the one positive finding in the study is some of the acidification is concentrated in certain “hot spots.”

“It’s not the same everywhere. We’re seeing different neighbourhoods. Some areas aren’t doing as bad and could serve as refuge for marine life,” Chan said.

Nevertheless, he said there needs to be more effort to reduce ocean acidification.

He said he hoped scientific studies such as his team’s can be used to make informed environmental policy decisions.

“Science is science. This is what’s happening and regardless of the politics behind policies, we’re being impacted by this change,” he said.

“This is threatening and impacting local economies and fisheries.”