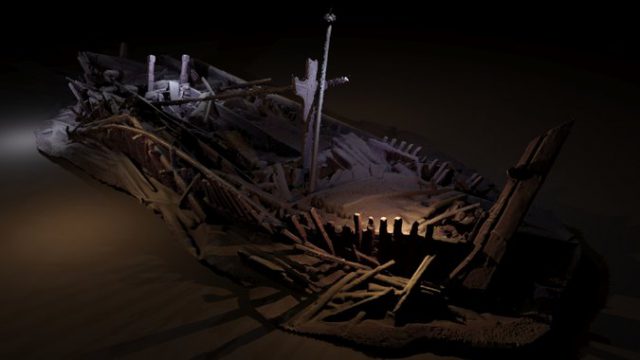 A geological exploration of the Black Sea has turned up a surprising bonus: more than 40 beautifully preserved shipwrecks, some dating back to the Ottoman and Byzantine empires.

Researchers were surveying the Bulgarian portion of the Black Sea, an inland sea, to better understand its geologic history. During the survey, they stumbled across the ships, which the investigators imaged with « astonishing » detail, said project leader and marine archaeologist Jon Adams of the University of Southampton in England. 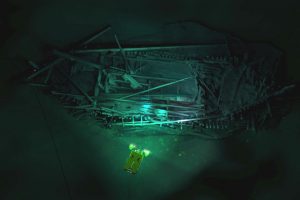 « The wrecks are a complete bonus but a fascinating discovery, » Adams said in a statement.

The Black Sea was less extensive until the end of the last ice age about 12,000 years ago, when melting glaciers raised sea levels and submerged sections of what was once dry land along today’s Bulgarian coast. Adams and his colleagues on the Black Sea Maritime Archaeology Project are working to understand what sort of historical treasures may have been engulfed by water as the ice age ended.

« We’re endeavoring to answer some hotly debated questions about when the water level rose, how rapidly it did so and what effects it had on human populations living along this stretch of the Bulgarian coast of the Black Sea, » Adams said.

To collect data, the researchers used two remotely operated vehicles (ROVs) launched from the Stril Explorer, a vessel owned by the survey company MMT. One ROV took video and conducted 3D photogrammetry, a method that uses overlapping 2D photography to create 3D images. The second ROV carried a suite of instruments, from high-definition cameras for imaging to lasers for mapping the seabed. 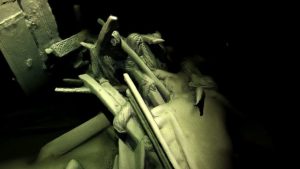 The shipwrecks discovered by the expedition are remarkably well-preserved because of the unique environment of the Black Sea. The body of water has only a skinny connection to the Mediterranean Sea, and its limited flow forces the water column to split rather sharply as freshwater from the continent floats atop salty water from the Mediterranean. Because of that layering, the water below around 490 feet (150 meters) is very low in oxygen, or anoxic. This prevents wood-eating organisms from surviving, and so downed ships remain intact for centuries.

Researchers have long known that amazingly preserved shipwrecks rest in the Black Sea’s waters. In 2000, for example, an expedition led by marine explorer Robert Ballard revealed several wrecks, including one found at a depth of 1,066 feet (325 m), well into the anoxic zone. The wreck, dubbed Sinop D, dated from the fifth century, but the ship’s masts and the vertical posts that once formed its structure still stood upright, Ballard and colleagues reported in a Geological Society of American publication in 2011. 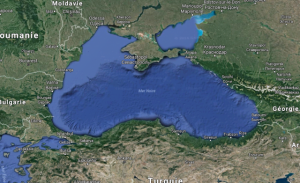 Some of the masts on the newly discovered shipwrecks are upright as well. Adams and his colleagues used photogrammetry to compare millions of points on overlapping images taken by the ROVs, building 3D models of the wrecks without disturbing them. These models were then overlaid with textures from the ROV photographs to create images that realistically convey what the ships look like on the seafloor.

« We are now among the very best exponents of this practice methodology, and certainly no one has achieved models of this completeness on shipwrecks at these depths, » Adams said.

The wrecks have yet to undergo full archaeological examination, but the researchers said some of the ships date back to the Ottoman Empire (around 1299 to 1922) and some are even older, dating to the Byzantine Empire (330 to 1452).