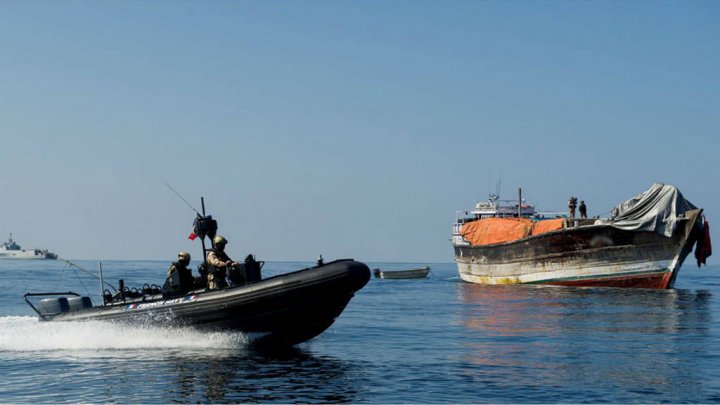 African leaders on Saturday signed a deal to boost security off the continent’s economically crucial coasts, hoping to shore up development by tackling maritime crimes like piracy and smuggling.

Sassou Nguesso said 43 nations had adopted the binding agreement — which will see countries pay into a special fund for maritime security — at a summit in Togo’s capital Lome.

The deal is designed to improve information-sharing between African nations, a weakness that pirates and smugglers have benefited from in the past, slipping between territorial waters with little trouble.

The talks drew 18 heads of state — an unusually high figure for an AU meeting of this kind, signalling the importance that governments have placed on the need to cut piracy and other crime in Africa’s waters.

As he opened the summit, Chad’s President Idriss Deby, the current AU chief, noted that some 90 percent of Africa’s imports and exports are transported by sea, making maritime security key to the continent’s economic future.

Deby said the charter would « allow the promotion of commerce and the exploitation of the huge potential of the maritime sector, as well as the creation of wealth and jobs in several industries ».

It would also « mark a decisive new step in the push to preserve the maritime environment », he added.

The deal will create new national and regional institutions to improve security in African waters, while the signatories pledged a string of measures to protect the maritime environment and fight trafficking in drugs, arms and people.

But Timothy Walker, a maritime security researcher at the Institute for Security Studies (ISS), said the deal would allow countries to withhold information from each other if they judge this to be in the interests of national security.

« It’s a big step but it can not be the final step. There is still a lot of work to do, » Walker told AFP. 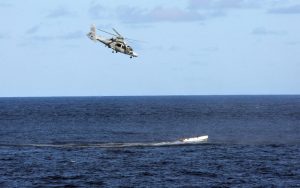 « African leaders have started to realise that the maritime domain is a source of economic opportunity for the future, » Walker added.

Togo’s Foreign Minister Robert Dussey told AFP ahead of the summit that there was a clear need for African countries to work together to combat an upsurge in piracy in order to make full use of the continent’s maritime resources.

Piracy, smuggling and other crimes at sea have cost the African maritime sector hundreds of billions of dollars in recent decades, according to the AU.

World piracy has been on the decline since 2012 after international naval patrols were launched off East Africa in response to violent attacks by mostly Somali-based pirates.

But the focus of concern has shifted to the Gulf of Guinea, where a new class of pirates — mostly offshoots of militant groups from the Niger Delta — have become active.

At least 27 attempted or successful hijackings and kidnappings at sea have been recorded off west Africa since April, according to the International Maritime Organization, compared to just two off east Africa.

The 17 countries lining the Gulf of Guinea have poor maritime surveillance capacities and have been trying for several years to boost cooperation to clamp down on piracy.

The deal will need to be ratified by at least 15 countries before it comes into force, and Barthelemy Blede, an ISS maritime researcher in Ivory Coast, said it remained to be seen whether there was « real will » to make the deal a reality.

« It’s a historic act, but it’s one thing to adopt a text and sign it, and another thing to ratify it, » he told AFP.