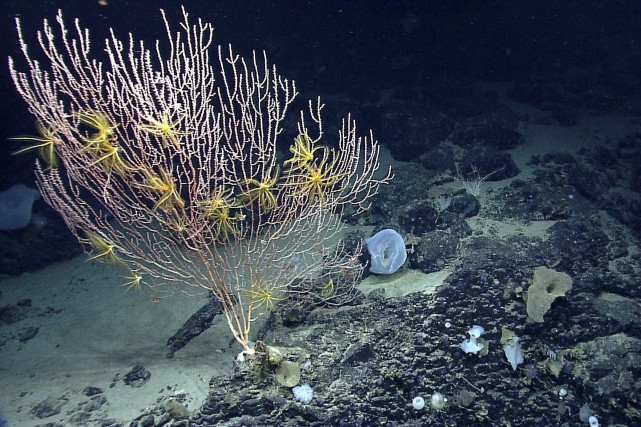 WASHINGTON — President Obama on Thursday will create the Atlantic Ocean’s first United States marine monument, preserving an expanse of sea canyons and underwater mountains off the New England coast as he races to use his executive power to protect vast stretches of land and water before he leaves office.

At an ocean conservation meeting in Washington, Mr. Obama will announce the designation of the Northeast Canyons and Seamounts Marine National Monument, senior administration officials said, protecting an area roughly the size of Connecticut that sits 130 miles off the coast of Cape Cod.

The area, where ocean temperatures are projected to warm as much as three times as fast as the global average, is home to a majestic array of sea life, including endangered whales and turtles, ancient deep-sea coral and species of fish unique to the region.

While the fishing industry strenuously opposed the proposal for the monument, Brad Sewell, who oversees work on fisheries and Atlantic Coast issues at the Natural Resources Defense Council, called the designation “an incredible victory for ocean conservation and climate change.”

“It is this spectacular ocean wilderness that has plummeting canyons deeper than the Grand Canyon, undersea mountains taller than anything east of the Rockies, and sublimely beautiful deep-sea corals that blossom out of the depths and are as ancient as the redwoods,” he said, adding that the president had increased by 20 times the amount of protected ocean habitat.

The designation comes two weeks after Mr. Obama expanded an ocean monument in the Pacific surrounding the northwestern Hawaiian Islands, creating the world’s largest marine protected area. The president is looking to burnish his conservation legacy and tie it to his push to combat climate change.

“By protecting ecologically sensitive areas of our ocean, the United States is leading on an issue that is important to people on every continent because of the ocean’s connection to food security, shared prosperity, and resiliency in the face of climate change,” Secretary of State John Kerry said in a statement. 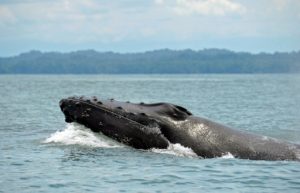 The move in the Atlantic will immediately bar most commercial fishing within the monument’s borders, giving fishermen 60 days to cease their operations there. But in a nod to local industry concerns, the preserve is smaller than one proposed last month by Connecticut’s congressional delegation. And Mr. Obama will allow lobster and red crab fisheries to continue operating there for seven years.

Still, the president’s designation was likely to draw opposition from Republicans who have criticized his use of executive power to shield public space and argued that the moves harm local businesses. New England’s seafood industry voiced its objections as it is already contending with declining fish stocks, warming waters and increasingly strict regulations.

Administration officials said the monument was conceived to minimize the effect on local fisheries. A White House fact sheet outlined an array of programs that the National Oceanic and Atmospheric Administration would use to help New England fishermen who have “faced hardships” because of falling fish stocks, including low-interest loans to fix or repair their boats and federal grants for coming up with ways to avoid the unintended capture of sea creatures.

White House officials said they expected nearly 20 other countries to use the oceans meeting to announce their own creation of new marine protected areas, adding substantially to the amount of such waters worldwide.

“President Obama recognizes the critical need to permanently protect marine resources from current and future threats, most notably the effects of climate change and ocean acidification,” said Michael Conathan, the director of ocean policy at the Center for American Progress. “His action to protect this wonderland of endangered whales, seabirds, fish and corals will be lauded by future generations.”