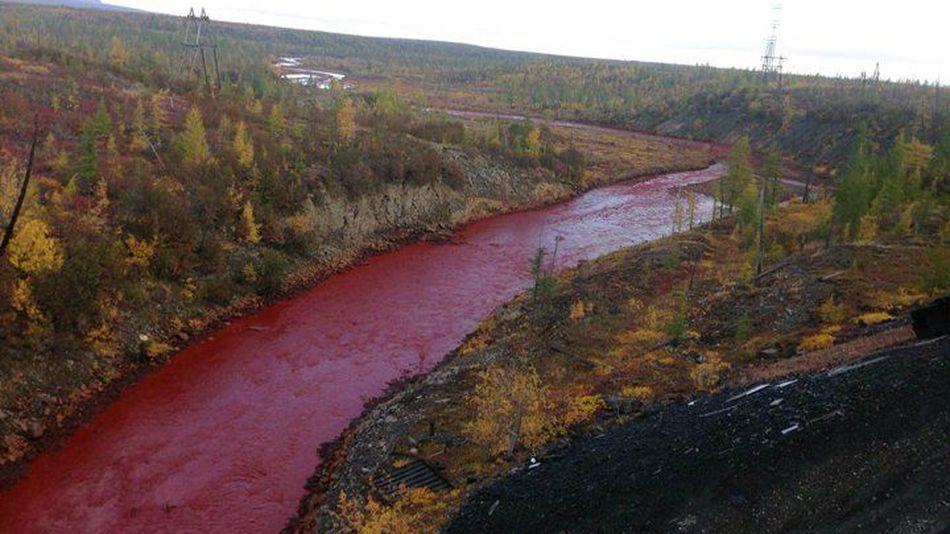 A Russian river near the Arctic Circle seems to have turned blood red, with locals claiming the waste from a nickel plant is to blame.

Pictures posted on VKontakte, the Russian equivalent to Facebook, and Instagram appear to show the river Daldykan near the city of Norilsk flowing a bright red color.

Some residents claimed the river is polluted by a discharge from the plant. Others said the color was caused by wastewater mixed with mineral ore leaking from the factory into the river.

However, the metals company denied that a leak of industrial waste took place in Norilsk. It added that helicopters are monitoring the area around the river to look for possible environmental hazards.

The company even provided a local news agency, Tayga Info, with a picture showing the river with normal colors.

« As far as we know, the color of the river today is not different from its normal state, » it said.

Home to the world’s largest heavy metals smelting complex, Norilsk is known to be one of Russia’s – and the world’s – most polluted places.  More than 4 million tons of cadmium, copper, lead, nickel, arsenic, selenium and zinc are released into the air every year.

Norilsk Nickel is one of Russia’s leading producers of non-ferrous and platinum-group metals.